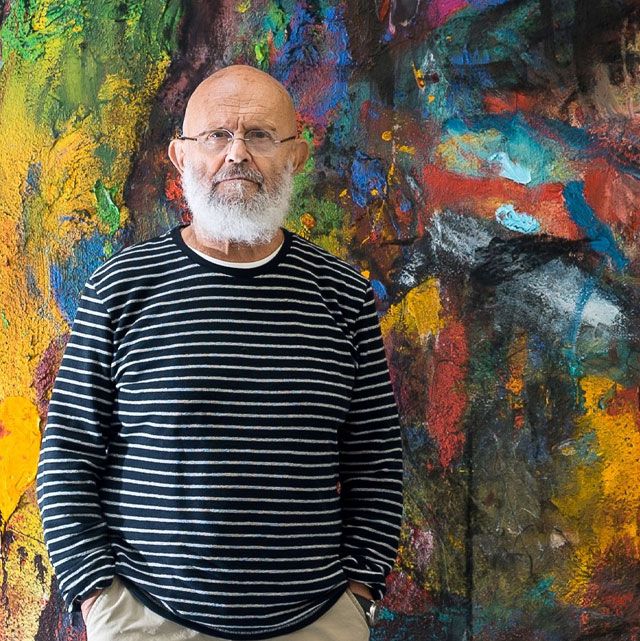 Originally from Cincinnati, Ohio, Jim Dine (B. 1935) is often known for his grand contributions to the movements of Pop Art and Performance Art. After his extensive studies in Fine Art at various universities including the University of Cincinnati and Ohio University, he moved to New York City in 1958, where he had his first group (1959) and solo (1960) exhibitions. (Read More)

Dine instantly became an active figure in the New York art scene, creating and staging many performances known as the “Happenings” along with artists Claes Oldenburg and Robert Whitman. Dine would carry the spontaneous energy of this movement throughout his style, emphasizing the exploration of everyday life. Significant personal objects were Dine’s primary motifs, as in his iconic series of hearts and robes. He championed a return to figuration after a period of more concept-dominated works ad is considered an important figure in Neo-Dada and a forerunner of Neo-Expressionism. “The figure is still the only thing I have faith in in terms of how much emotion it’s charged with and how much subject matter is there,” he once said.

Since 1960, Dine’s paintings, sculptures, photography, and prints have been the subject of nearly 300 solo exhibitions worldwide. His works are included in the collections of the Tate Modern in London; Bilbao Fine Arts Museum, Spain; and The Museum of Modern Art in New York City; Centre Georges Pompidou in Paris, France; among others.