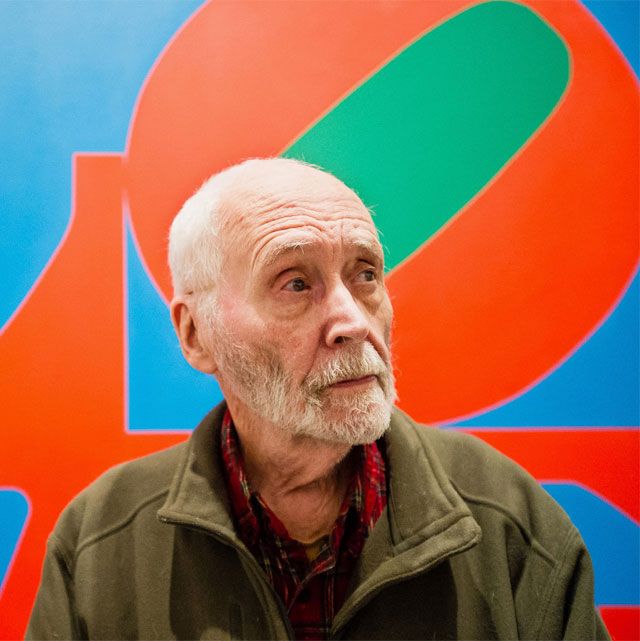 "I was the least Pop of all the Pop artists."

Robert Clark (1928-2018), better known as Robert Indiana, was born in New Castle, Indiana is a “self-proclaimed American painter of signs.” After moving to New York City in 1954 and joining the pop art movement, Indiana began drawing on commercial art approaches blended with the idea of existentialism. Gradually this idea moved toward what Indiana calls “sculptural poems.” (Read More)

Indiana’s work often consists of bold, simple, iconic images, especially numbers and short words like EAT, HUG, and, his best-known example, LOVE. His work explores the American identity and the power of abstraction and language. By using a written word as the central element of his work, Indiana created a legacy for all contemporary artists after him.

In 2008, Indiana created an image similar to his iconic LOVE (letters tacked two to a line, the letter “o” tilted on its side), but this time showcasing the word HOPE, and has donated all proceeds from the image went to the Democratic National Committee for Barack Obama’s presidential campaign. A stainless-steel sculpture of HOPE was unveiled outside Denver’s Pepsi Center during the 2008 Democratic National Convention.