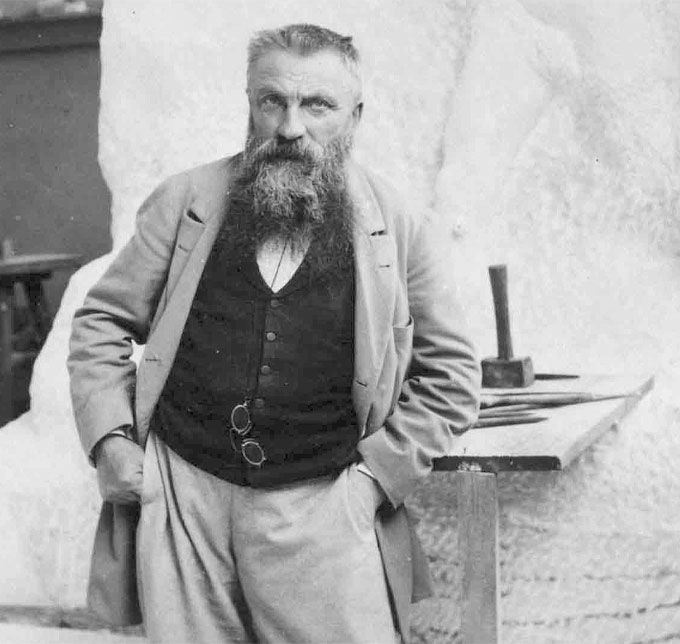 “I invent nothing, I rediscover.”

It would be impossible to overstate the significance of Auguste Rodin (1840 –1917) to the history of art. More than any other sculptor since Michelangelo, Rodin changed the face of figurative sculpture and ushered in a whole new era of artistic expression.   (Read More)

Many know Rodin for his famous controversies—the scandal around the Age of Bronze or the Monument to Honoré de Balzac—or for his unfinished projects, most famously The Gates of Hell. But few who recognize Rodin’s works have failed to be moved by them.

The innovations he introduced into sculpture were elaborated by countless artists who followed him, including many who worked in his studio, such as Constantin Brancusi and Aristide Maillol.

Rodin was not educated at the École des Beaux-Arts, the most elevated school for the training of French artists, but his works achieved worldwide recognition in his own lifetime and his reputation continues to grow to this day. His genius was to express the inner truths of the human psyche and his gaze penetrated beneath the external appearance of the world. Exploring this realm beneath the surface, Rodin developed an agile technique for rendering extreme physical states which correspond to expressions of inner turmoil or overwhelming joy. Rodin was obsessed with myths, both ancient and modern, and his works commonly evoke classical mythology, the Bible, and the Divine Comedy of Dante, as well as the macabre modern Paris described in the poems of Charles Baudelaire. Deriving inspiration from such literary sources, Rodin sculpted a universe of great passion and tragedy, a world of imagination that exceeded the mundane reality of everyday existence.

Technically, Rodin introduced some very important innovations to the history of sculpture. His ability to make his figures lifelike caused him to be accused of modeling his sculptures directly from live subjects. The heightened expressive intensity of his works introduced a whole generation of artists to the potential for expressing internal depth through external features. In his Monument to Balzac, Rodin took his expressive technique to a new level, producing a figure of a great genius at the moment of his inspiration, wrapped in a cloak in the middle of the night. Though Rodin had made countless studies from life for this monument, he discarded these renderings in order to marry the expressive intensity of his modeling with the brilliance of the subject. This parallel between technique and subject, combined with the courage to throw away years of work in order to achieve a higher level of expression, mark Rodin as a unique and powerful artist.

Auguste Rodin brought monumental public sculpture into the modern era. Though he was well acquainted with the academic traditions and idealized subjects of classical and Renaissance sculpture, Rodin’s aim in his work was to be absolutely faithful to nature. His uncanny ability to convey movement and to show the inner feelings of the men and women he portrayed, the bravura of his light-catching modeling, and his extraordinary use of similar figures in different mediums, have established him as one of the greatest sculptors of all time.