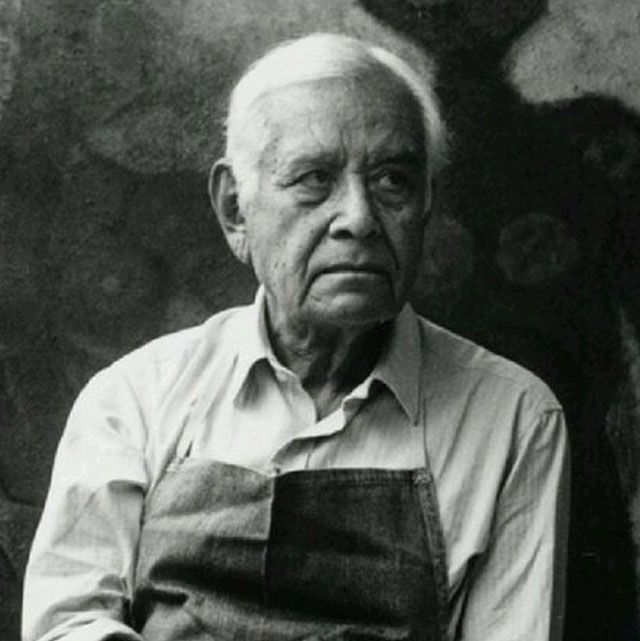 “All modern art has a fundamental objective: to seek the expression of time.”

Rufino Tamayo (1899-1991) was an influential Mexican painter and printmaker, recognized for his masterly use of color and distinctive artistic techniques. Influenced by a variety of different movements such as Cubism and Surrealism, Tamayo was strongly drawn to pre-Columbian art. (Read More)

Born in 1899, he moved to Mexico City at the age of 11 to live with his aunt after becoming orphaned. His studies revolved around art and he devoted himself entirely to creating artwork. He became the head of the Department of Ethnographic Drawing at the National Archeology Museum in Mexico City, where he drew pre-Columbian objects found in the museum’s collection.

Tamayo’s subjects range from his iconic watermelons, to people, and animals. When describing the importance of his work, he said, “Art is a means of expression that must be understood by everybody, everywhere. It grows out of the earth, the texture of our lives, and our experience.” After the Mexican Revolution, Tamayo strayed from his contemporaries, and started creating work that he believed was representing the traditional Mexico.

He moved to New York City with his wife from 1937-1948 and had his first show at Weyhe Gallery. Tamayo’s career continued to grow and gain credibility. Along with Luis Rema, Tamayo pioneered a new print-making technique called mixografia. This technique allows for a traditional lithographic print to be created in relief, adding further dimension and texture to the work.