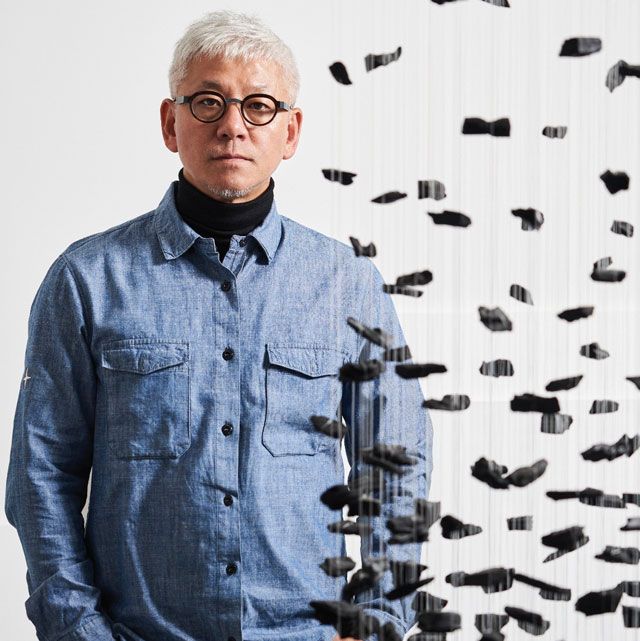 “Charcoal is wood transformed. Therefore, the material of all my works is wood — nothing else.”

Bahk Seon-Ghi (B. 1966) born in South Korea where he studied at Chung-Ang university in Seoul, becoming famous for his large site-specific installations. Following his graduation, he traveled throughout Europe for several years, studying sculpture at the Accademia di Belle Arti Brera in Milan and at Barnet College in London.

With a keen interest in architecture, he is influenced by his life experiences and surroundings, drawing from the city of Milan, and fusing his culture and beliefs in his sculptures.  His renowned monumental installations use natural materials like charcoal to create everyday objects such as tables, staircases, or geometric shapes which appear to float through light in space. His work re-interprets mundane objects and disassociates them from their real environment, presenting them to the audience in a unique way. Bahk thematically explores the natural circle of life and the relationship of nature in our lives by creating an installation space that feels both transient and permanent. Charcoal, his medium of choice, is fundamental in this exploration – the natural substance holds traditional importance in Korean rituals related to matters of birth or death.

His Aggregation series of colossal charcoal installations resemble Roman pillars, spiral staircases, flowerpots, side tables and chairs. By meticulously suspending pieces of natural charcoal from nylon filaments he creates mundane or ordinary household structures that confronts viewers with a new perspective on our humanity’s relationship to nature. These nylon threads activities the space, creating a harmonious atmosphere between the space and the charcoal. The series suggests that nature should not be incorrectly assumed as just a background to modern progress, but rather plays an integral role in our everyday lives, not only in the objects we use but also in how we share the same chemical make-up – we are all carbon-based, made of the same matter.

Bahk is an internationally celebrated and established contemporary Korean artist and holds many accolades in his name. Among them include the prestigious Kim Chong Yung Sculpture Award. Additionally, he has been included in a significant number of international exhibitions such at the Daejeon Museum of Art in South Korea, the Seoul Museum of Art, the Haifa Museum, Israel, and San Carlo Borromeo in Milan, Italy. His work has been acquired by a vast number of important public and private collections.