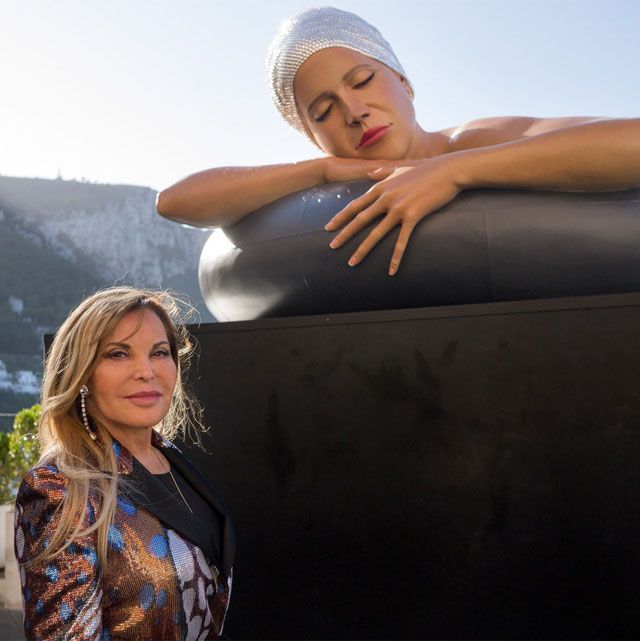 “Throughout my artistic career, my style has undergone many transformations, but my passion for art and my love of creating art endure.”

Carole A. Feuerman (B. 1945) is recognized as a pioneering figure in the world of hyperrealist sculpture. Together with Duane Hanson and John De Andrea, she was one of the three leaders that started the movement of hyperrealism in the late seventies by making life sculptures that portrayed their models precisely. Dubbed ‘the reigning doyenne of super-realism’ by art historian John T. Spike, Feuerman has strongly solidified her place in art history. (Read More)

Feuerman’s prolific career has spanned over four decades and seven continents. She has had eight museum retrospectives and has four catalogue raisonnés. Her works continue to be exhibited worldwide in galleries, parks, and museums. In the last four years she has exhibited in museums worldwide. Including at the Venice Biennale and Musei Di Rimini, both in Italy; the National Museum of China in Shanghai; Daejeon Museum in South Korea; the Contemporary Art Museum in Aachen, Germany; Museo de Bellas Artes de Bilbao, Spain; and the Academia de Bellas Artes de Madrid, Spain.

Numerous public sculptures have been displayed in outdoor venues including Petrosino Square in New York City and the Frederik Meijer Sculpture Gardens in Grand Rapids, Michigan. One of Feuerman’s most recognizable pieces, The Golden Mean, is owned by the City of Peekskill, NY, and can be seen in Riverfront Green Park overlooking the Hudson River. Her monumental Double Diver, spiraling 36 feet in the air, is permanently sited in Silicon Valley and is owned by the City of Sunnyvale, CA.  Her selected private collectors include the Emperor of Japan, President William & Secretary of State Hillary Clinton, Norman Brahman, the Caldic Collection, Mark Parker, Ariella Wertheimer, Robert Hurst, and Malcolm Forbes.

In 2011, she founded the Carole A. Feuerman Sculpture Foundation to generate excitement, interest, and passion for the arts, and to reward deserving artists with education grants.