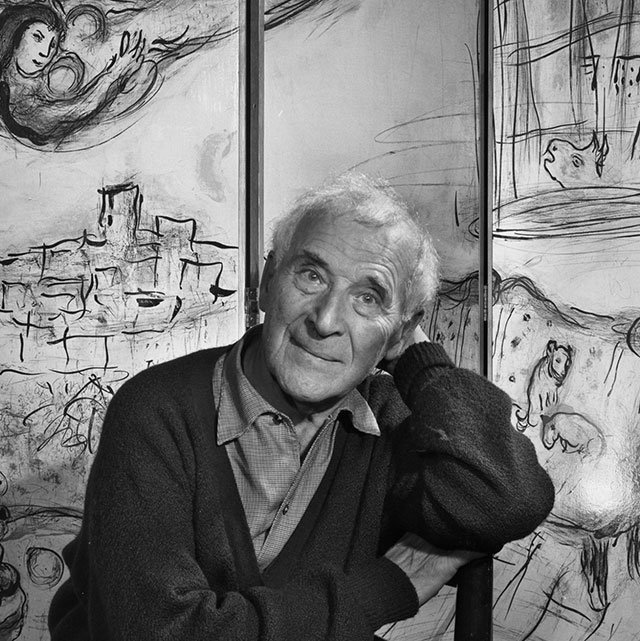 “The dignity of the artist lies in his duty of keeping awake the sense of wonder in the world.”

Belorussian Marc Chagall (1887-1985) is known for creating works based on emotion and his life experience. Born in a small town in Belarus, he attended the Jewish elementary school, where he began learning the fundamentals of drawing. At 19, he enrolled at an all-Jewish art school and formally began his art education, later transferring to the Imperial Society for the Protection of Fine Arts in St. Petersburg. (Read More)

Chagall established his own style that is characterized by the dreamlike visions, people, and places that were symbolic to him. By 1910, he moved to Paris where he encountered artists Robert Delaunay, Juan Gris, and the movements of Fauvism and Cubism. During his time in Paris, he created some of his most important works of his entire career.

Among his many accomplishments include, being awarded the Grand Medal of the Legion of Honor in 1977, known as France’s highest distinction. That very same year, he was one of only a handful of artists in history to be selected to receive a retrospective exhibition at the Louvre. He passed away on March 28, 1985, in Saint-Paul-de-Vence at age 97, leaving behind an extensive collection of artworks along with a lush legacy as an exemplary Jewish artist and pioneer of modernism.