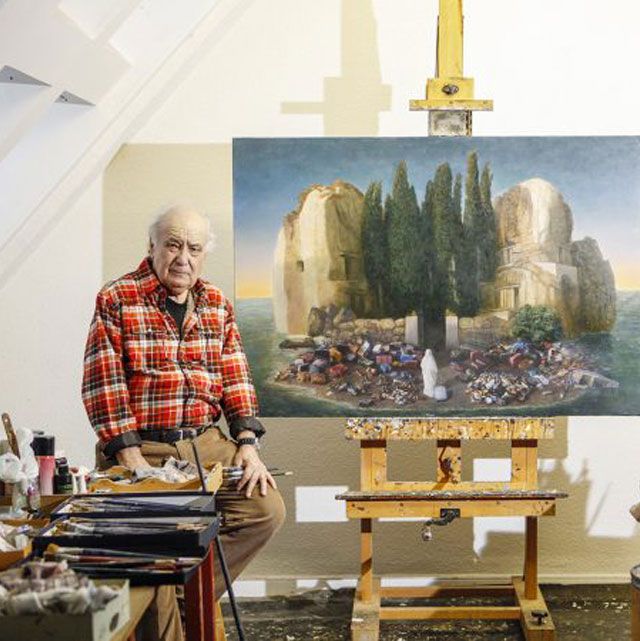 “For me, art is that which is capable of awakening an emotion in those who observe it.”

Cristóbal Toral (B. 1940) is a Spanish contemporary artist who creates realist paintings that possess an intense atmosphere and raise profound inner questions in the viewer. The subject and quality of his work has earned him wide international recognition and distinctions such as Favorite Son and Gold Medal of the City of Antequera, Medal of Andalusia or Honor Scholar of the Royal Academy of Fine Arts Santa Isabel de Hungary. (Read More)

Toral worked alongside his father in the agricultural fields of Antequera until his late teenage years. From a young age, he was inclined to draw and paint amassing a collection of works that would lead to his discovery. As by chance, a group of hunters arrived at his hut asking for water, upon being allowed inside, they stared in surprise at the drawings and advised his father to send him to the Antequera School of Arts and Crafts.

His talent eventually took him to study in Sevilla and at the famous San Fernando School in Madrid, where he graduated top of his class and was awarded the National End of Career Award in 1964. In 1969, he received a scholarship from the March Foundation to expand his studies in the United States, and before leaving for New York, he exhibited in the Goya room of the Círculo de Bellas Artes.

In 1970, he achieved the First Black and White Prize and exhibited at the Fauna´s gallery. In 1971, he was awarded the Rodríguez-Acosta Foundation Prize, from Granada, and participated in some group shows in the United States. In 1977 Cristóbal Toral’s work reached an international projection after the award of the Gold Medal of the XXIII Biennial of Fiorino (Florence), taking place exhibitions in Chicago, Mexico, Paris, Brussels, Hamburg, Formosa, Tehran, New York, as well as in the main Spanish cities.